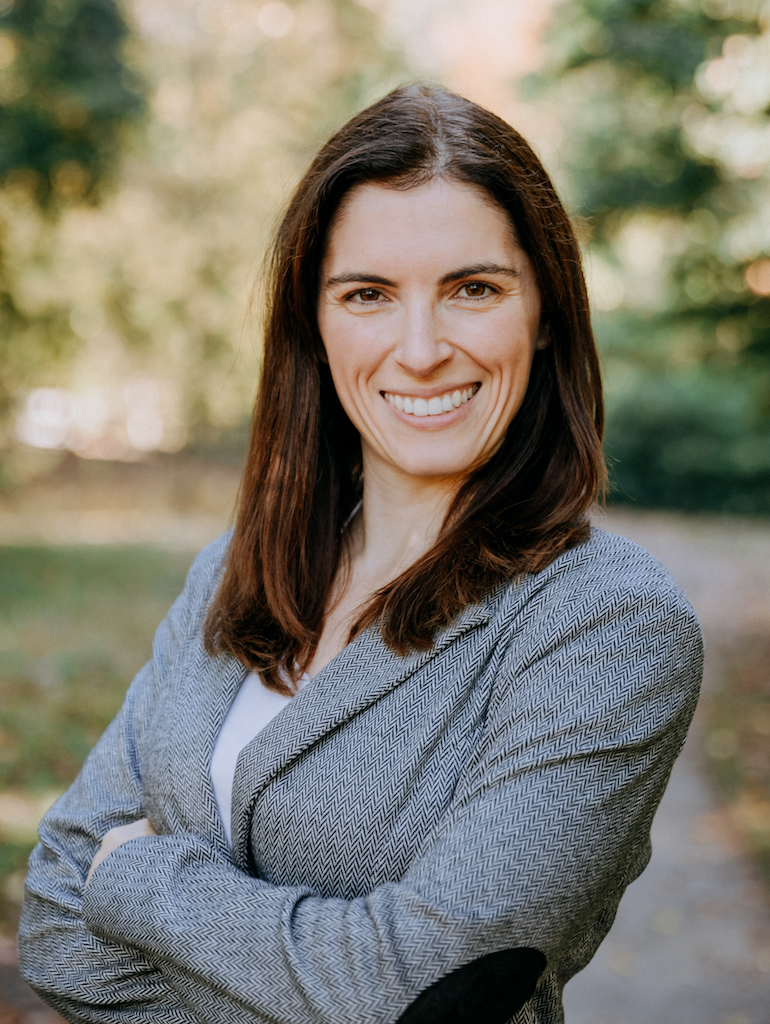 The School of Religion welcomed Marina Garner, PhD, as a faculty member in July 2022. She joins as an Assistant Professor in the area of ethical studies.

Dr. Garner was born in Hong Kong, but moved to Brazil at a young age. Born to an American father and a Brazilian mother, she was exposed to both cultures and languages. Marina completed her undergraduate studies at UNASP (Universidade Adventista de São Paulo) in theology as the only woman in her class of approximately 120 students. There, she met her husband, Luiz Gustavo Assis, and they married a week before her graduation. It was during her undergraduate studies that Marina started to develop an interest in theological and philosophical academic research and, as a result, won first place two years in a row for excellence in research.

After her graduation in 2009, Marina and her husband served the SDA Church in the south of Brazil for four years, her husband as pastor and herself as a religion teacher for middle and high schoolers in Adventist schools. This time allowed them to cultivate a deep passion for pastoral and educational work. In 2013, they moved to Deerfield, Illinois, to pursue graduate degrees. Marina completed an MA in Philosophy of Religion from Trinity Evangelical Divinity School in 2015 while serving as a volunteer at the local Adventist Church. After receiving their degrees, the couple did not feel prepared to apply for PhD programs and decided to embark on a year-long trek around the world to be exposed to different cultures, religions, and languages. They volunteered as date farmers, hostel cleaners, window washers, gardeners, farm animal caretakers, and dog breeders in France, Israel, and Germany. They also backpacked around Italy, Jordan, Egypt, India, Cambodia, Laos, Thailand, Vietnam, Myanmar, China, Austria, and Czech Republic.

On this trip, Marina was accepted to the PhD in Religion program at Boston University. During her time there, Marina focused mainly on the study of world religions and moral philosophy, but also encountered and became passionate about Islamic philosophy and philosophy of emotions. In December 2021, she defended her dissertation, entitled Shame as virtue and pride as vice: Emotions of Self-assessment in the Works of Abu Hamid al-Ghazālī and Thomas Aquinas. In her analysis of these thinkers’ ethical views, she showed their great indebtedness to Aristotle’s moral psychology and ethics. Nevertheless, she also pointed to the ways in which they turned Aristotle’s valence of shame and pride on its head due to the demands of the beliefs and practices of their religious traditions and their concern for the spiritual well-being of their communities.

Dr. Garner's time in Boston not only resulted in the “birth” of her dissertation but also the birth of two little boys: Isaac (born in 2018) and Thomas (born in 2022, two months after her defense). In her spare time, Marina enjoys doing anything that does not involve changing diapers or dragging toddlers across supermarkets. But the hobby that she most enjoys is scuba diving for it exposes the brain to the incomprehensible creativity and power of God.